This island located in the area around Naples, known for its lush vegetation as “The Green Island” and the “Garden of Europe”, contains a mix of elements that thrills all visitors.

Numerous finds have given strength to the theory that the island of Ischia was inhabited since the Neolithic period, growing and evolving until the times of Ancient Greece.
The name “Ischia” goes back, yet without any certainty, to the occupation of the area by the Chalcis: numerous clay findings have given the place name of Pithecusa, from “pithoi”, or rather clay vessels. The other theory ascribes the name “pithecas-e sandes ignem”, the ground strewn with fire, a plausible theory based on the numerous volcanic eruptions over the years.

#FrankSinatra said that "#Orange is the #happiest

A #journey into the great #tradition of #Italian #

One of the most #iconic and #romantic places on th 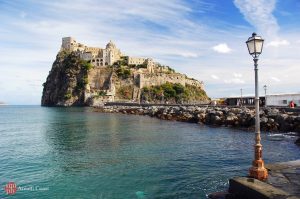 This island located in the area around Naples, known for its lush vegetation as “The…